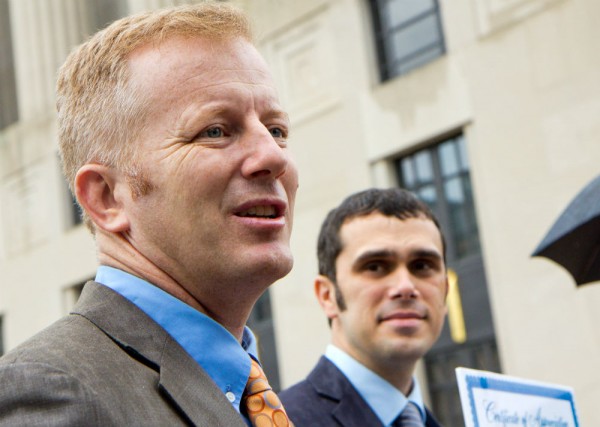 The head of the Tennessee Republican Party called out a state senator Monday for making “ignorant and repugnant” comments in a blog post comparing Democrats to Nazis.

Rep. Stacey Campfield (R-Knoxville) made the comments in a Monday morning post on his personal blog, saying “Democrats bragging about the number of mandatory sign ups for Obamacare is like Germans bragging about the number of manditory [sic] sign ups for ‘train rides’ for Jews in the 40s.” In response, Tennessee Republican Party Chairman Chris Devaney issued the following statement criticizing Campfield for the remarks:

While Stacey Campfield routinely makes remarks that are over the top, today’s comments are ignorant and repugnant. No political or policy disagreement should ever be compared to the suffering endured by an entire generation of people. Those comments have no place in our public discourse. He should offer an apology to members of the Jewish faith immediately.

You might recognize Campfield’s name. Almost exactly a year ago, he posted a photo of an “Assault Pressure Cooker” prefaced by the words “Here comes Feinstein again.”

That post was widely criticized for apparently making light of the Boston Marathon bombings, in which pressure cookers were used as explosives. He later explained on CNN that he was using it to make a point: calling for gun control after a tragic event was like calling for pressure cooker control in the aftermath of the bombings.

He was also criticized earlier that month for referring to a child who wanted to speak with him as “a prop.