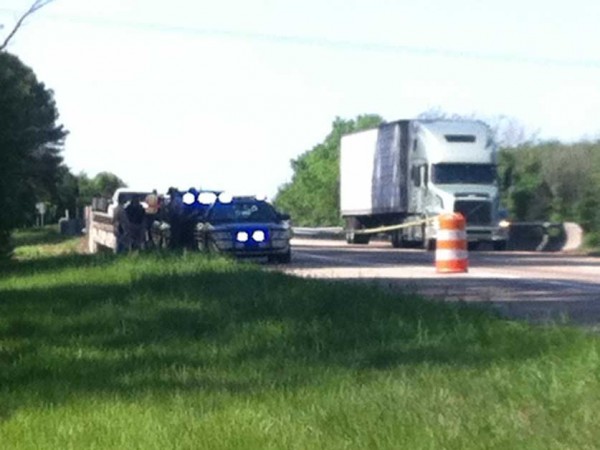 The Tennessee Highway Patrol reports that an officer was dragged by a car during a traffic stop for possible DUI Friday morning around 8:15 a.m. on Interstate 75 at mile marker 68.The suspect vehicle took off during the stop, dragging him a short distance. The officer pulled his gun and fired at the suspects, but no one was injured. Officials say passenger Daulton Brotherton, 19, left the car and called 911. A Loudon County deputy and trooper responded and took him into custody. The car was found on Pond Creek Road about two miles from the interstate. Daulton’s father and the driver of the car, Nessie Brotherton, 50, was found in the woods nearby along with the other passenger, Ralph McNabb, 45.News of the arrests was welcome at Loudon County schools, which all went on lockdown after the shooting. All outside doors were locked and no one was let in or out of the building, but the lock down lasted less than an hour.Officials say the three suspects didn’t have any warrants out against them when they were stopped. They are being held in the Loudon County jail. In addition to collecting evidence from the two scenes, investigators will be reviewing dash cam video from the trooper’s patrol car to find out exactly what happened.  (WATE)