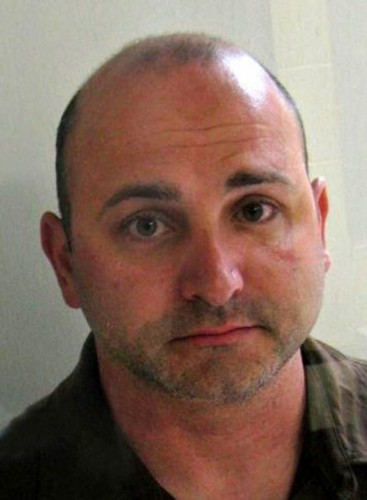 Shawn Nelson Smoot walked out the door of the McMinn County jail last month and hasn’t been seen since, authorities say.

Nearly two weeks later, the search continues for Smoot, 42, who prosecutors say stands to forfeit a quarter-million-dollar bond and disappeared while awaiting trial on a charge of first-degree murder.

The former Knoxville insurance executive had been free on bond for more than a year and would have gone to trial in July in the October 2011 death of Brooke Nicole Morris, 23, who once worked for him. Now a judge has revoked his bond, and prosecutors have called in the U.S. Marshals Service to help track him down.

“We’re waiting to see what happens over in McMinn County,” Slaughter said. “We’ll have to deal with the facts as they come in.”

Under terms previously set for his bond in the killing, he’s supposed to check in with authorities on Monday, according to Johnson.

Smoot had moved to neighboring Bradley County for a job with a judge’s approval when a McMinn County deputy pulled him over April 21 around midnight on U.S. Highway 11. Smoot had made a U-turn, had empty liquor bottles in his car and smelled of alcohol, the deputy wrote in a report. He struggled with deputies and refused a field sobriety test, according to the report.

The arrest on charges of resisting arrest, driving under the influence and violation of the implied consent law violated the conditions of his bond, posted in cash by family members.

Before prosecutors filed their motion to revoke the bond, Smoot already had left the McMinn County jail.

In June 2012, Smoot failed to show up in court after a Roane County grand jury indicted him in the death of Morris. He turned up about a day later in Pearl River County, Miss., where officers arrested him toting a shotgun and hauling camping equipment.

Morris had sought an order of protection against Smoot, saying he threatened repeatedly to kill her.