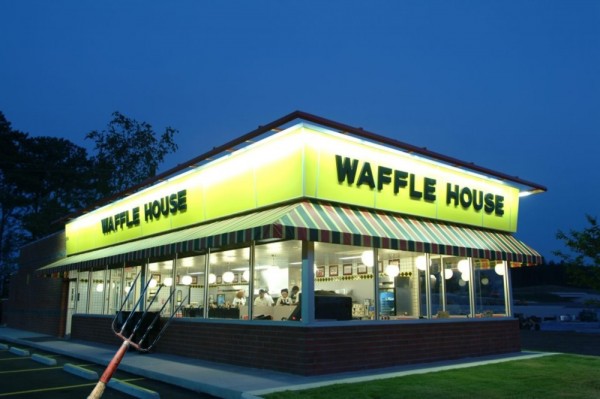 Police are searching for a man who used a pitchfork to rob a Waffle House restaurant northeast of Atlanta.    Norcross police said 50-year-old Jeffery Wooten entered the diner in Norcross, Georgia, and forced people toward a backroom. He then grabbed the cash register.    An Atlanta station reports that the suspect dropped the pitchfork while carrying that cash register back to his truck.    Two restaurant workers followed the robber outside, grabbed the abandoned pitchfork and used it to smash a window on the robber’s truck as he escaped, possibly injuring the suspect.    Norcross Police Chief Warren Summers said investigators have secured a warrant charging Wooten with armed robbery. He has not yet been caught.