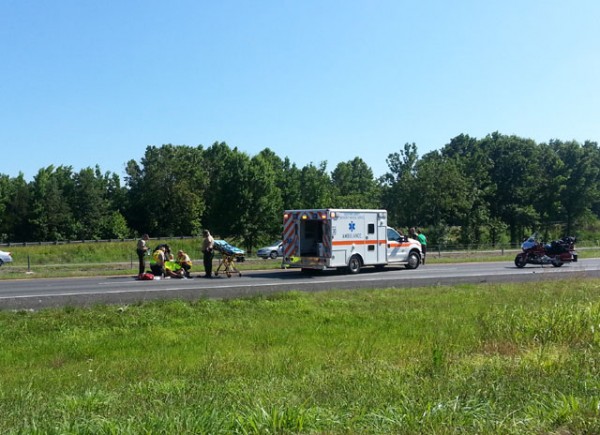 A Crossville woman, identified as 35 year old Melissa Crawford, was killed when the motorcycle she was a passenger on veered out of control and wrecked on I-40 yesterday.  The bike, being driven by 66 year old Ray Watson of Smyrna, crashed at the 308 mile marker after the rear tire apparently blew.  Both patients were flown to U.T. Medical Center by LifeStar.  Crawford later died at the hospital from her injuries. Watson was listed in serious condition.  Both were wearing helmets.