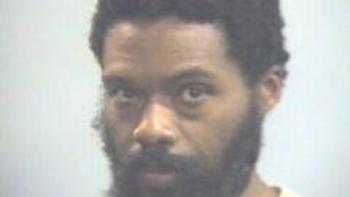 A jury convicted him of manslaughter for the hit-and-run death of a Lexington police officer. Now, in a surprising twist, he says he’s filing a lawsuit against the officer’s widow.

Glenn Doneghy is serving a 20-year prison sentence for the death of Officer Bryan Durman in 2010. He says he’s suing Durman’s widow, Brandy, for something he claims she said during an interview with WKYT

Back in February, a state parole board denied him parole, saying he will stay in prison for at least the next two years until he can request parole again. According to this lawsuit that Doneghy wrote himself, he claims that Brandy Durman, while being interviewed by the television station, she “falsely and maliciously (slandered)” him by saying “That Mr. Doneghy murdered and intentionally killed her husband.'”

The convict  goes on to say that alleged comment was “slanderous” because his conviction was for second degree manslaughter, not murder. Thus, he says her alleged comment resulted in damage to his “reputation and character” and “possible future earnings.”

In the paperwork he wrote and filed with the court himself, Doneghy says he only gets $18 a month and can’t pay the normal cost to file a lawsuit. Now, a judge will decide whether to allow the case to proceed.

Brandy Durman and her attorneys are not commenting on this lawsuit at this time.

The suit against Officer Bryan Durman’s widow wasn’t the only one Doneghy filed. He sent one to the courts in Elliott County questioning WKYT’s coverage of February parole hearing. A judge there will decide May 12 whether Doneghy’s lawsuit can proceed without him paying the ordinary filing fee.