On November 9th, an officer responded to a report of a fight at the Fairfield Glade Dog Park. Cornelius Donovan, age 73, stated he entered the dog park with his dog and was met by a female who informed him that his dog was too big to be in that particular section of the dog park. Cornelius stated he told her to mind her own business when the female proceeded to flip him off. Cornelius then called the female an expletive name, and the female called her boyfriend to inform him of the situation.

According to Cornelious, Richard Biggs, age 80, showed up and grabbed him, and cut his arm in the midst of making contact. Cornelious says the male was attempting to strike him in the groin. Cornelious admitted he struck the male, knocking him to the ground, and then the male and female left.

When officers went to get the other side of the story, Richard Biggs stated his girlfriend, Nancy Wright, age 70, had told Cornelius his dog was over the weight limit for that section of the dog park. After the two had their dispute, she called her boyfriend. Richard claimed when he arrived and tried to make contact with Cornelius, he was “sucker punched”. He proceeded to show officers his busted lip.

Officers advised both individuals of their legal course of action if they chose to pursue it, that the situation was a Civil Matter. 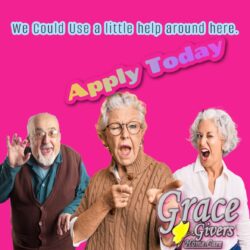